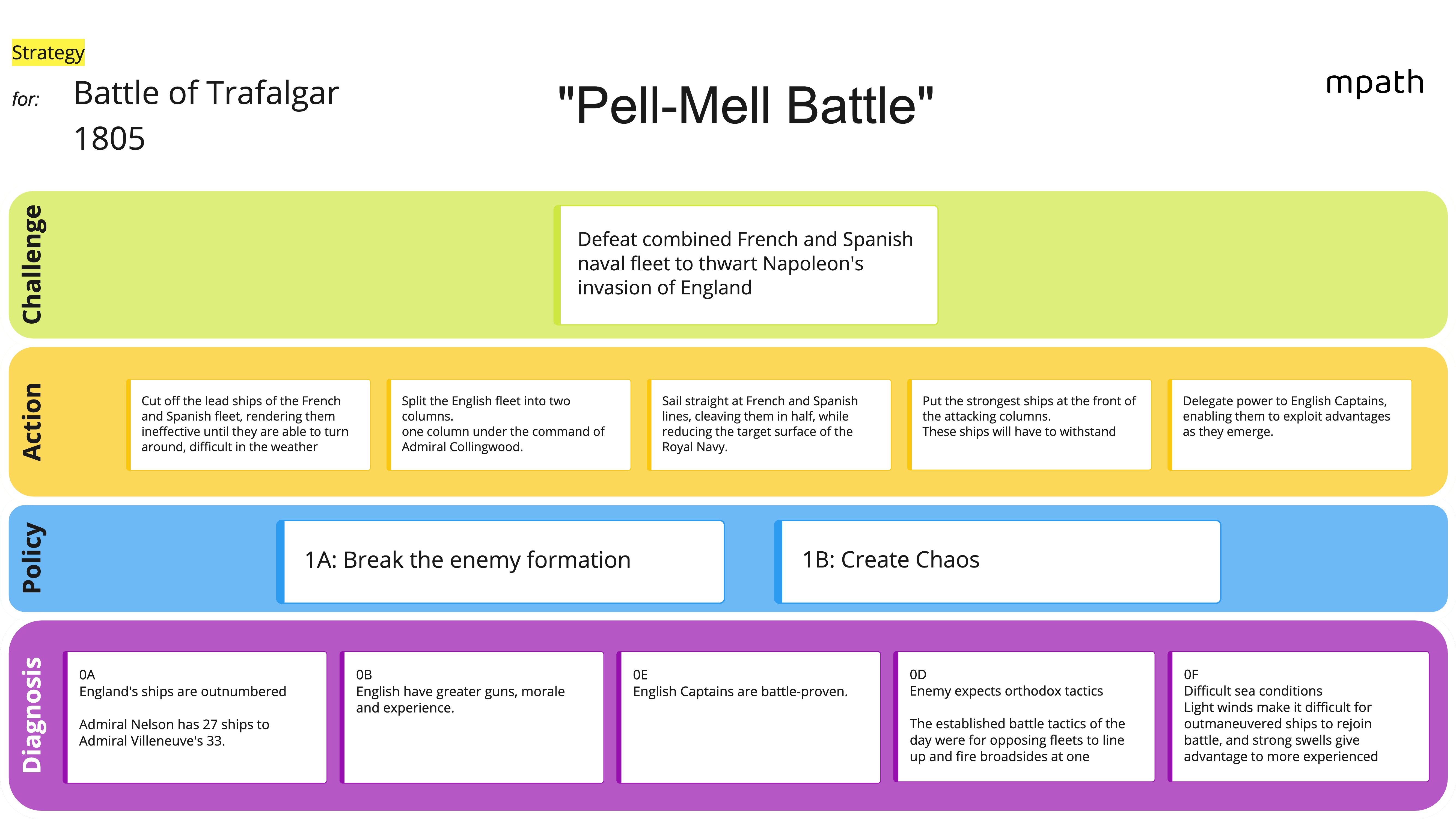 The Battle of Trafalgar

Battle of Trafalgar, (October 21, 1805), naval engagement of the Napoleonic Wars, which established British naval supremacy for more than 100 years; it was fought west of Cape Trafalgar, Spain, between Cádiz and the Strait of Gibraltar. A fleet of 33 ships (18 French and 15 Spanish) under Admiral Pierre de Villeneuve fought a British fleet of 27 ships under Admiral Horatio Nelson. (Battle of Trafalgar - Britannica)

Briefing his captains before the engagement, Nelson described the strategy as "pell-mell battle".