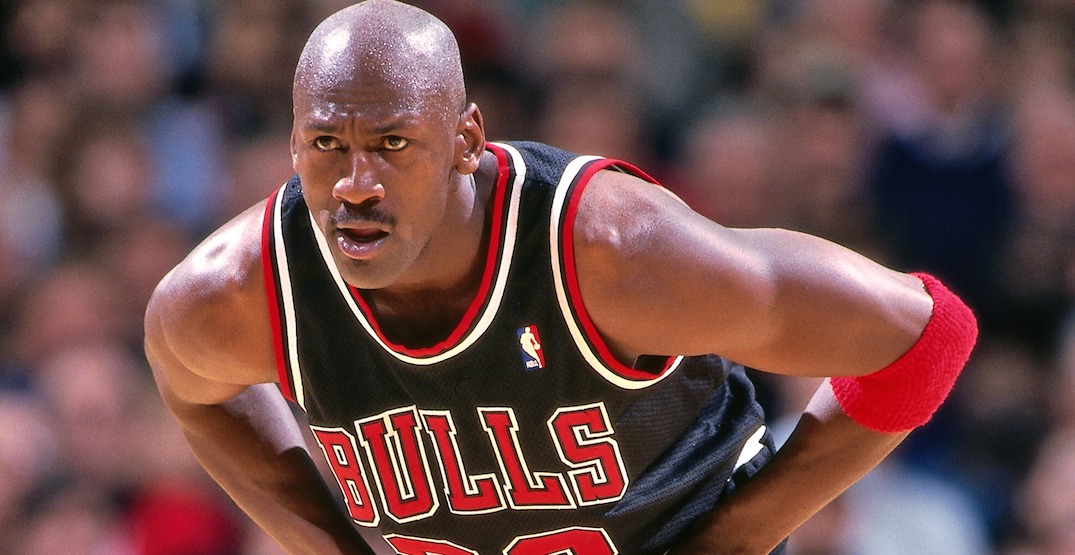 A Practical Guide to
Strategy Canvas

In business, sport, or war, good strategy is the path to sustainable power. This article suggests some guidelines to help you get to the best strategy faster. 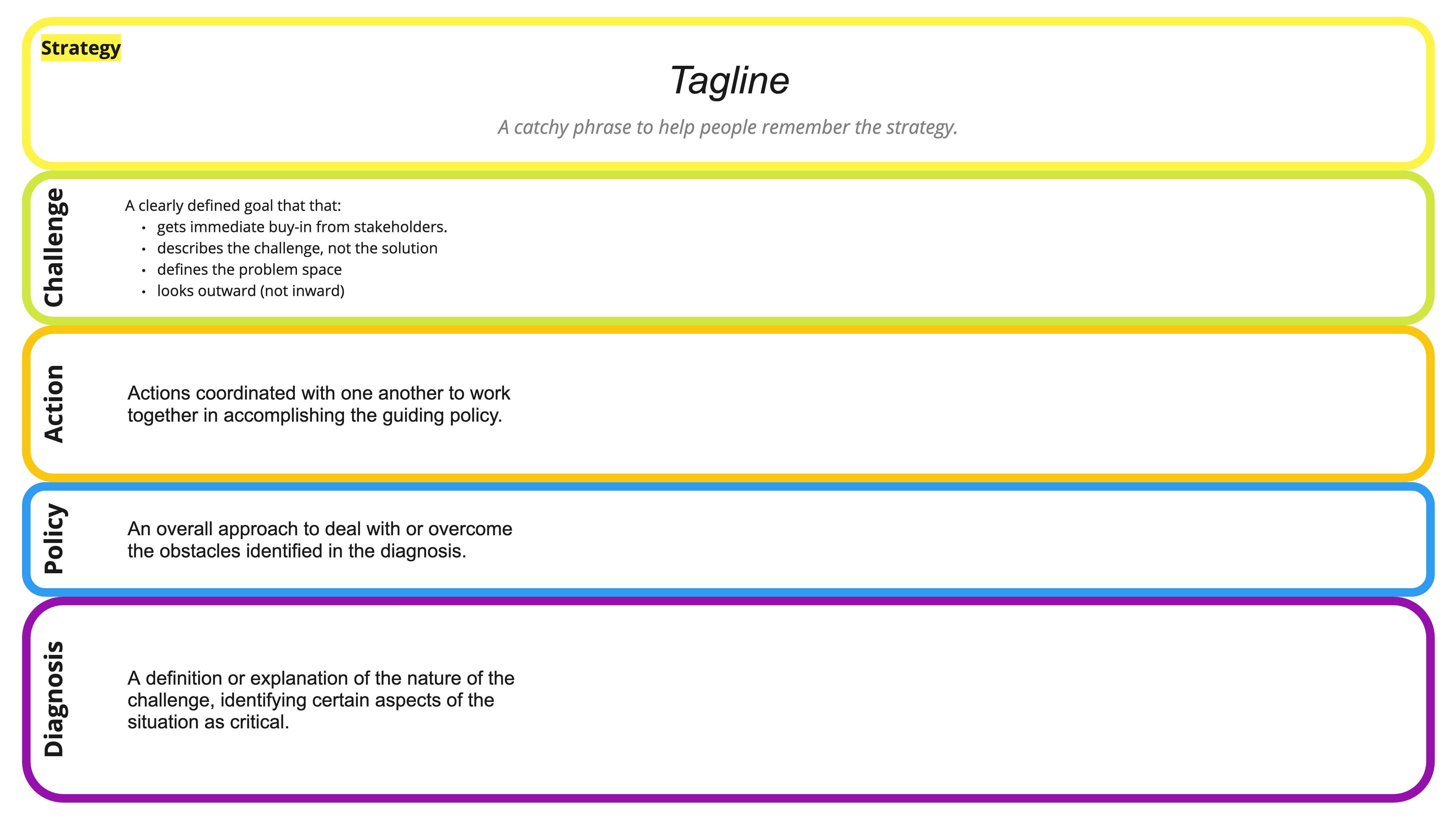 Here's how we get to a well-defined challenge:

Let’s drill down on those criteria.

Get immediate buy-in from stakeholders.

The CTO proposed “We will build a world-beating best patent portfolio”; the Head of Design, “We will lead the industry in Customer Engagement”; the CFO, “We will grow revenue by 20% per year”. But, collectively they couldn’t get behind any one, single proposal. The CFO saw no value in a patent portfolio unless it contributed to the bottom line. The CTO didn’t see any value in Customer Engagement, unless it was built on technology that competitors could not easily copy, and the Head of Design was concerned that the company would focus on revenue at the expense of customer satisfaction.

Describe the challenge, not the solution

Most people, in most organisations, most of the time, are thinking about solutions; Engineers think about technical feasibility, Designers think about customer desirability, and Business people think about financial viability. So the first drafts of your Challenge likely will be framed in terms of solutions. The problem with describing the Challenge in terms of a solution is that it closes off other, alternative, solutions. The Challenge should state the “Why” of the strategy. The rest of the canvas will define the “How” and the “What” of solutions.

In 2010, our stated ambition was “we will launch 40 apps”, which made sense in a world where mobile was eating desktop. We did not succeed, and I believe a big part of the reason was the vagueness of that Challenge. If we had been more specific about what kind of apps we would launch, and where we would compete, we might have concentrated our energies, and developed efficient systems to achieve our goal. Lacking a clearly defined problem space, the resources and focus of different teams were dispersed.

The Challenge should define the scope of the strategy. Good Challenge statements simplify decision-making by being specific enough to make it clear what is not in scope.

Steve Blank famously advised entrepreneurs to “get out of the building”. Challenges like, “reduce unit cost by 20%”, or “establish a world-class AI capability,” can reflect a failure to even look out of the window.

Challenges that focus on internal goals will only ever be tactical, and will leave the company without direction. Frame the challenge in terms of competitors or customers; for example, “we will lead the industry in CAGR,” or “we will be the service most recommended by consumers”.

Lafley and Martin, in "Playing to Win" are clear: if we don’t aspire to win, eventually we will lose.

The diagnosis describes the nature of the challenge, it should  “simplif[y] the often overwhelming complexity of reality by identifying certain aspects of the situation as critical”. In my experience, the data and expertise needed for an accurate diagnosis usually exists in the organisation, but is scattered across Design, Finance, Engineering, Sales, Customer Support, etc. A pre-mortem is a great tool to capture this existing knowledge efficiently:

A pre-mortem involves imagining that a project or organisation has failed, and working backwards to determine what could lead to that failure. There are several ways to run a pre-mortem.

For Strategy development, I recommend the following:

To get the fullest possible view of the situation I usually use pre-mortems together with Business Model Environment Map  (from Strategyzer), 5 Forces Model (Michael E. Porter), or SWOT Analysis.

Guiding Policy is a set of decision-making rules, designed to concentrate energy and resources.  It is the practical expression of insight, emerging from the Diagnosis, into how to beat the competition.

Unlike Diagnosis, which consists almost entirely of observation and analysis, Guiding Policy calls for imagination and inspiration. Often, after Diagnosis is complete, a single set of rules present themselves as the obvious route to victory. Yet, this path will also be obvious to your competitors. The best Guiding Policy is surprising.

Design Thinking ideation methods, which generate many diverse possible solutions before converging on the best few, are useful to explore all the possibilities.

Some tips for best results:

I use these patterns, derived from studies of successful strategies, to seed ideation sessions:

I recommend limiting the set of Guiding Policies to a maximum of seven.

Coherent Actions put the Guiding Policy into effect. The Actions are coherent in that the sum impact of all the actions together should be a multiple of the impact of all the actions individually. Like an organisation roadmap, Coherent Actions specify concrete deliverables; unlike roadmaps however, they do not have strict chronology. Rather, they are performed in concert with one another, coordinated to achieve maximum effect.

The existing organisation roadmap can provide a jump start. First, throw out any roadmap deliverables and milestones that do not meaningfully address the Challenge. Then, discard any actions that do not align with the Guiding Policies. Review the remaining set to identify any dependencies that must be added, and then begin the work of crafting the optimal (minimal) set of actions, to realize the policies.

Actions are not objectives, results, or priorities, but things you will do. They should be decisive, meaning they should constitute a choice not to pursue other courses of action. To deliver maximum advantage, actions should be coherent, meaning they should be consistent and coordinated, across different parts of the organisation.. To illustrate the concept of coordination, Rumelt gives the example of an organisation collecting information from customer-facing support and sales functions to influence product design and production decisions.

When writing Coherent Actions, it’s important to find the right level of detail. Overly-detailed Actions make for a fragile strategy, by denying your teams the freedom to improvise tactics in the heat of competition. Under-detailed actions are too vague to have effect. Setting a target number of Actions can be helpful to calibrate the level of detail, by forcing the team to reframe actions in the context of the set as a whole.

The Tag Line at the top of the canvas captures the essence of the strategy. It should be catchy. In early stages of strategy development, when many canvases are under consideration, the Tag Line makes it easy to know which specific canvas you are talking about. Later, the Tag Line helps communicate the essence of the final strategy as it is deployed to the organisation, in addition to keeping diverse individuals and teams aligned as the strategy is executed over time

The Tag Line reminds team members of the relevance of their individual efforts. Examples from my experience include “Inspired by Customers, Validated by Markets,” and “Build New Channels for Growth”. The best one I've found, though, is from the Battle of Trafalgar. Admiral Lord Nelson summarised his plan to his captains as "Pell Mell Battle".